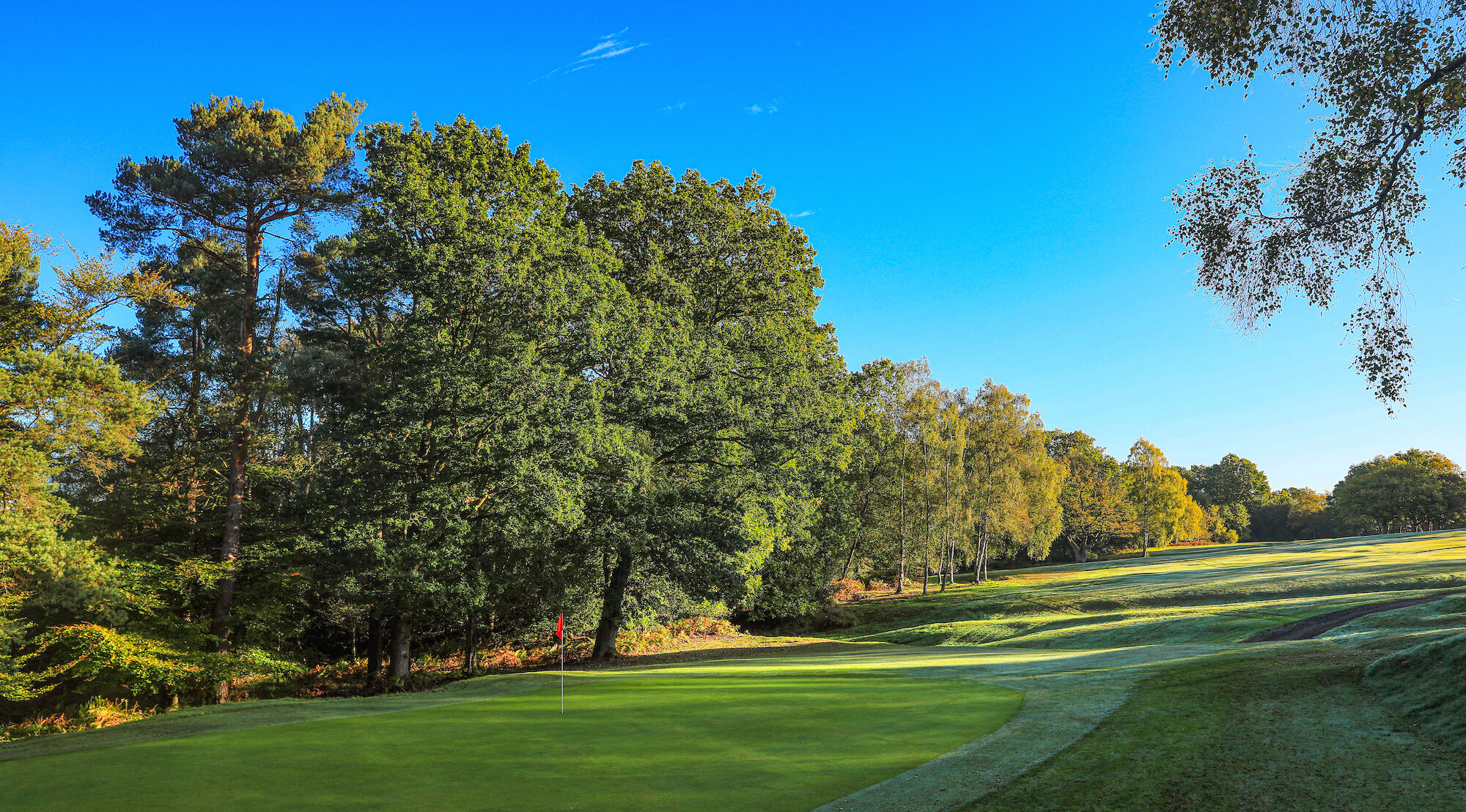 Please select a number to view further details of our individual holes.

The Uk’s Number 1 Course in its Category!

Very few golf clubs boast two 18-hole courses, both over 100 years old, especially those that differ as much as the West Course and the Old Course at Royal Ashdown Forest Golf Club.

The Old Course is still very much a heathland course, the West snakes its way through the trees at the heart of the Ashdown Forest which spreads for over 20 square miles in this most beautiful part of Sussex.

The West was once the longest Ladies Golf Club in England. It was originally founded as the Ashdown Forest & Tunbridge Wells Ladies Golf Club in 1889, barely six months after the formation of the main club and was only the second of its type to be formed in Great Britain, after Sunningdale Ladies.

In 1932 the course was lengthened to 18 holes, the same year that the ladies’ Club was awarded Royal status in its own right.

Whereas banks of heather, gorse and thick rough help defend the Old Course in the absence of bunkers, the West is an altogether tighter challenge with narrow tree lined fairways and small, often elevated greens with some fiendish run-offs.

Once you get onto the green you will never be that far from the flag. But the main problem is plotting your way around tight, tree lined fairways to hit them consistently. Every tee shot on the West is a demanding one.

There are some very fine golf holes to enjoy and none better than the par four 18th, which many members believe to be the finest on either course.

At 435 yards it is not the longest par four on the course but with ditches and a stream twice meandering across it, coupled with the necessity to draw the ball from right to left from the tee, it is most certainly the toughest.

When Bernard Darwin first played the West Course, he forecast that the finishing hole would, “Become famous, or even, in some jaundiced eyes, infamous, for it is a terrifying and magnificent hole. The obvious comparison is to some of the holes at Carnoustie, and particularly, perhaps, to the Seventeenth. Just as the Barry Burn winds like a snake hither and thither, so does the pretty little stream at Ashdown lie in wait for us everywhere.”

Unlike some of the climbs on the Old Course, the West provides an enjoyable and easy walk which is one reason why it is hugely popular with Societies who often combine a morning round on the Old with an equally demanding, though less strenuous, 18 after lunch on the West. To this day the course remains hugely popular with ladies and always welcomes three and fourball play.