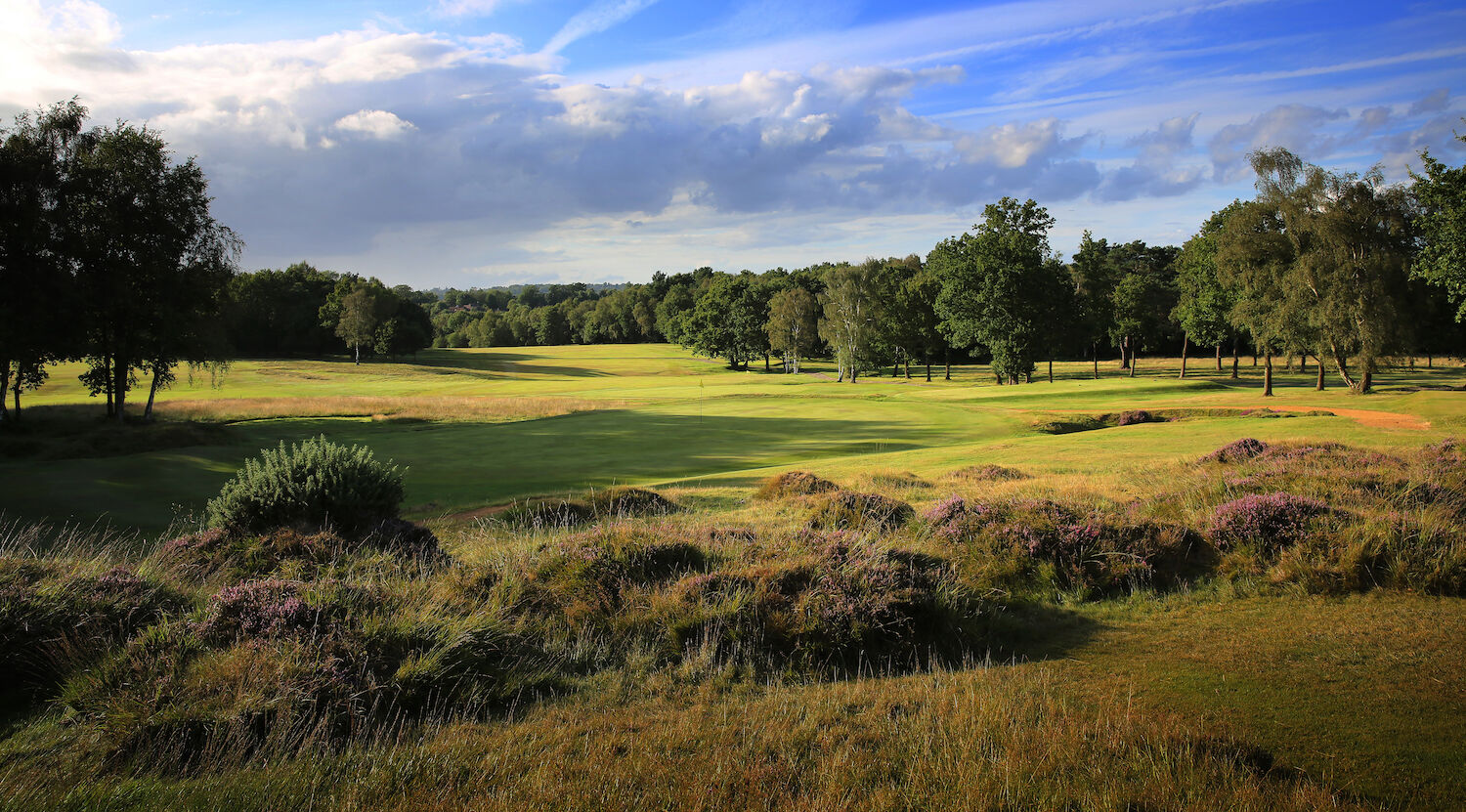 Please select a number to view further details of our individual holes.

Describing Royal Ashdown Forest Golf Club’s Old Course in 1934, Bernard Darwin wrote “two salient facts come to mind. It is not quite like any other of my acquaintance, and secondly, I never knew anyone who played on it and was not fond of it.”

Over 85 years later and little has changed. Here is a course designed by nature yet still ranked as one of the top 100 courses in the British Isles. Famous for having no bunkers, its reputation as a true test of golf is undiminished thanks to uncontrived hazards of heather, narrow fairways, hollows and streams. Originally open heathland, trees from the forest have seeded, grown and matured to make accurate golf even more of a premium requirement as well as adding to its natural beauty. By comparison with some modern developments the course could be considered short, yet because of the exacting challenge it presents to even the best golfers, the Old Course has been selected by the R&A as an Open Championship Regional Qualifying venue. It also hosted the amateur international match between England and Spain in 2007 and the Ladies’ British Open Amateur Stroke Play Championship in 2011. In 2016 the Old Course staged the McGregor Trophy (English Boy’s Under 16 Open Amateur Stroke Play Championship) for the first time.

So, what is it that makes the course so special that even famed architects such as Harry Colt were inspired by it? An example is the difficulty of the island 6th hole. Then there’s the 11th hole where you stand on an elevated tee with glorious views of the North Downs and stare down at a 249 yard par 3.

Holes have been lengthened over its 130 years but the challenges of pits, heather, streams and hummocks remain just the same. Any offline shots will be severely punished and going past the hole on the likes of the second, seventh or ninth can result in a fiendishly slippery downhill putt.

Being in the correct position is absolutely crucial to achieving a score and, when the heather is in bloom during August and September, most members simply reach for a sand iron and take their punishment if they have been unfortunate enough to end up there.

First time visitors may well not notice the absence of bunkers but they are certain to take in the magnificence of the scenery, especially when arriving at the elevated tee to the longest par three hole in the county on the 11th, with stunning views across East and West Sussex and the North Downs of Surrey and Kent.

Click here to read a review of the Old Course by Golf Club Atlas.